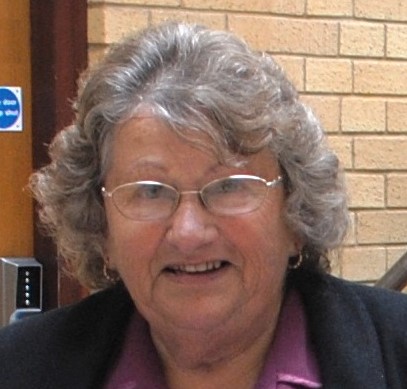 The formidable cancer campaigner Maureen Dennis has died after a long illness on 2 August 2021 aged 82.

Based in Old Leake, Boston, Lincolnshire, Maureen was the daughter of a farmer. Having survived cancer in 1987 she realised there was a link between her illness and the chemicals, pesticides and agricultural treatments she had been exposed to in her years working on the farm. She spent the following thirty plus years of her life campaigning to reduce and eliminate work and environmental exposures to cancer causing chemicals.

Maureen formed Lincolnshire against Cancer (LAC) in 1994. LAC’s mission was to investigate, research and eliminate cancer causing chemicals found in the environment and at work in Lincolnshire. Maureen was a tireless and knowledgeable green campaigner who, for example, drove a letter writing campaign to her local paper gathering support and following up any reports of pesticide contamination and pollution. The campaign, which called for the elimination of cancer-causing chemicals as the best form of prevention, employed innovative approaches such as involving the local community in mapping chemical exposures.

LAC joined with other groups and experts including Wen (Women’s Environmental Network), and the Green Network in a highly influential campaign to ban the insecticide and known carcinogen Lindane.

In 1995 LAC joined with Green Network to submit a petition signed by 17,000 people to Sir Richard Body MP and then to the EU parliament via Virginia Bottomley.

On behalf of LAC, Maureen spoke and participated in many conferences and meetings over the decades LAC was active. The issue was kept alive and in the public’s attention locally by LAC organising several public meetings and conferences, bringing speakers from Canada and beyond to generate public support and media interest. This ultimately led to a community cancer survey in 1999 in conjunction with Stirling University.

A public meeting in 2000 with Canadian researchers Jim Brophy and Margaret Keith considered cancer clusters and their causes, and how the researchers had found a 9-fold increase in breast cancer among pre-menopausal women who had every worked in agriculture.

Maureen was also a very effective fundraiser – through cake sales, charity events and awareness raising she raised considerable sums that have funded ongoing work into cancer prevention through the Lincolnshire Cancer Project.

Maureen was also active in local politics for over twenty years. She was a longstanding Borough and Parish councillor, and also served as Boston’s mayor and has held the office of Deputy Mayor twice in her tenure on the council.

A 1994 quotation from local newspaper The Boston Target sums up Maureen well: “It’s taken over my life. What drives me on is those other poor people. I always say cancer got me for a reason. I couldn’t just let this be inflicted. I had to fight back.”