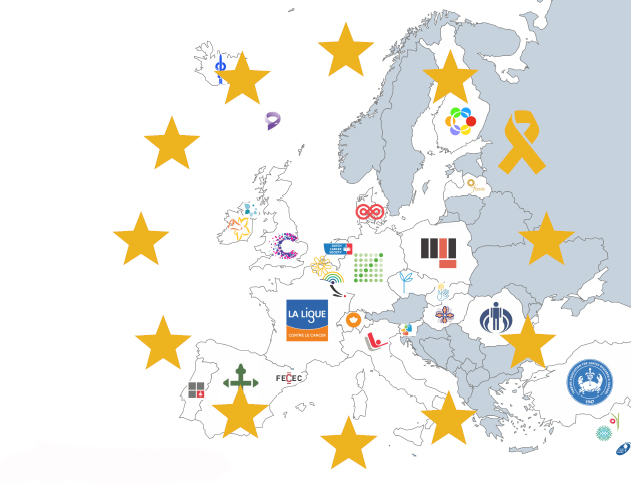 The Lincolnshire Cancer Project joined a large group of academics, environmental and health and safety organisations in an open letter to Cancer Research UK. The letter inquired about their plans for the primary prevention of cancer. Earlier this year, the European Cancer Leagues produced a position paper setting out core principles and a framework that should be at the heart of every cancer plan. Because of CRUK’s membership of the ECL we are interested to hear more about their plans. LAC is concerned about the rates of cancer in Lincolnshire and the lack of action on primary prevention.

We the undersigned are writing to you because of your support and membership of the Association of European Cancer Leagues (ECL). As you are aware, a position paper was produced in 2020 in response to the European Commission’s Beating Cancer Plan. We were delighted to see CRUK listed as a member of the ECL in support of this work and would like to hear more about your plans to integrate these principles into cancer plans and strategies. We, along with CRUK, believe that taking a preventive approach to cancer, and acknowledging the environmental and occupational risk factors* for the disease is the way forward.

The ECL’s paper sets out a framework and principles of its understanding to reverse the incidence of cancer rates in Europe. Principles that should be at the core of every cancer plan, namely: participatory decision making; social justice and a rights-based approach; sustainable investment; health in all policies, and cross sectoral collaboration.

There is an acknowledgement of the need to protect citizens from harmful exposures to carcinogens in the environment during daily activities which include the workplace. And, a call to the European Commission to develop ‘tangible and impactful guidance and legislation’ to reduce citizens exposure to carcinogenic substances.

While we support the principle requiring employers to recognise occupational carcinogens and to comply with the established exposure limit values, we believe this does not go far enough. For many chemicals and substances such as those Carcinogenic, Mutagenic and Toxic for Reproduction  (CMRs) and in particular, Endocrine Disrupting Chemicals (EDCs), there are no safe levels. Established exposure limits do not protect the worker, especially women workers or the developing foetus.

The lack of work by leading Medical and Cancer charities on addressing Environmental and Occupational risk factors is leaving a significant gap in cancer prevention policy. This in turn is leading to public health and the environment being treated as separate rather than interlinked matters – weakening our collective battle against the disease. In this respect, you may wish to reference the recent findings of the Environmental Audit Committee Report.

While we acknowledge there will be better protection for workers with the establishment of binding occupational exposure limit values, the aim should be for zero occupational cancer rates. For this we need to go further and include all EDCs and carcinogens to truly reduce cancer rates.

Occupational cancer exposures can happen in the womb before current health and safety measures are implemented. These need to be specifically mentioned in cancer plans with targeted toxic reduction across all environments, the lived, worked and the first environment, the womb. We must start from the premise that safe and healthy working conditions are a human right.

We agree that the European Cancer Plan needs to be closely linked to a comprehensive EU Chemicals Strategy for Sustainability and other chemical policy frameworks for regulating chemicals and pesticides which cause cancer. This process to simplify the regulations for a nontoxic environment strategy and detoxifying the circular economy needs to be incorporated into all cancer plans both in the European Union and beyond.

The Covid-19 virus is shining a very harsh light on public health, which has been side-lined for years, and the multiple inequalities which have contributed to decades of illness and disease. While there is poverty and inequality, we cannot protect public health. Now is the time to look at reframing our approach to cancer.

To put some sort of perspective on the numbers in the UK in 2015 -2017 there were 367,167 cases of cancer and 164,901 deaths. Covid-19 is rightly a massive public health prevention priority at this time; however, cancer will kill several times more people this year, and while prevention remains a low priority, every year for the foreseeable future.

We can learn from our approach to the Covid-19 pandemic, where a precautionary approach to prevent infection in the first place appears to be far more successful than treating people. This pause in everyday life – which we previously thought was impossible – can be looked at as a portal to rebuilding a more just and healthier world. Environmental health advocates have long argued for the application of the precautionary principle in our approach to human health.

“The precautionary principle states that “when an activity raises threats of harm to human health or the environment, precautionary measures should be taken even if some cause and effect relationships are not fully established scientifically.”

There is an urgent need to step outside the endless catch 22 situation where the call on primary cancer prevention never varies from ‘more research’, yet more research never leads to conclusive action on primary prevention. Meanwhile, we continue to watch people suffer and die from preventable cancers. Gaps in knowledge can be filled with a precautionary approach alongside action on the knowledge we have already.

In California, the Breast Cancer Prevention Partners have been working on a Breast Cancer Primary Prevention Plan which could provide the blueprint for all other cancer plans. BCPP believes that action can be taken on the existing scientific knowledge to address the systemic factors that drive breast cancer risk at the population level. This could be used to address all cancers not just breast cancer.

In 2011, the World Health Organisation (WHO) issued a call for action:
Many cancers caused by environmental and occupational exposures can be prevented. Primary prevention – prevention of the exposures that cause cancer – is the single most effective means of prevention. Prevention of the environmental and occupational exposures that cause cancer must be an integral component of cancer control worldwide. The Asturias Declaration WHO 2011.

Governments and the cancer establishment must acknowledge that their / our current cancer strategies are failing to stem the incidence of cancer. Not only do they ignore the social, economic and gender inequalities but also the interwoven and intrinsically linked environmental and occupational risk factors for cancer. By not addressing these confounding risk factors, strategies to tackle cancer seek to place the onus at the feet of the individual cancer patient for their cancer, instead of at the feet of governments and the cancer establishment. The focus on the individual fails to account for exposures that are involuntary or beyond the control of the individual such as is the case in working and other environments.

A lack of political will to address prevention is supported by a lack of acknowledgement by the medical and cancer establishments that cancer can be prevented through reducing exposures to cancer causing chemicals, or that exposure to certain chemicals and substances is even linked to increasing cancer rates.

Nobody is questioning the potential links between cancer and tobacco, poor diet, lack of exercise and overindulgence in alcohol, yet these modifiable risk factors are also compounded by factors like workplace exposures, indoor and outdoor air pollution, and socioeconomic factors. Equal consideration needs to be given to precautionary and preventive approaches to cancer alongside better treatment and care, as the foundation stones of any Beating Cancer Plan.

Cancer strategies are supposedly aimed at reducing the burden of cancer. Yet the vast majority of cancer plans only focus on the 30 – 50% of cancers perceived as preventable, through various lifestyle interventions. It is time to look at the other 50%.

The current situation is also unsustainable financially. The EDC exposures in the EU are likely to contribute substantially to disease and dysfunction across the life course with costs in the hundreds of billions of Euros per year. These estimates represent only those EDCs with the highest probability of causation; a broader analysis would have produced greater estimates of burden of disease and costs.

Research in the USA has shown that cancer organisations cite lack of time, knowledge, concern about social and economic influences and the downplaying of risks by industry interests, as barriers to including and addressing environmental and occupational risks factors in their work. This research paper from the Silent Spring Institute reported they identified a gap in information on environmental chemicals by cancer agencies. This finding underscores the need for environmental breast cancer experts and cancer organizations to increase research translation activities to communicate science on environmental factors in their work. This is an important strategy for breast and other cancer prevention.

There is an opportunity now for CRUK to inspire and lead the way. We believe that the upcoming UK cancer strategy would be an ideal opportunity for CRUK to use its influence to implement the key principles of the ECL as a domestic level and help rebalance the scope of the UK cancer prevention policy towards primary prevention.

We hope this new European Plan and the Cancer code will provide a template that will be reproduced in all European cancer plans and beyond. To ensure inclusion, there should be a mandatory agreement to include and address occupational and environmental risk factors in all cancer plans. We believe this plan could be a vehicle to bring cancer policy into the 21st century by embracing new and emerging science and adopting a primary prevention approach to ending this epidemic.

To this end can you outline for us:

Once again, we are glad to see CRUK support the work of the ECL in taking such a progressive and lifesaving approach to cancer.